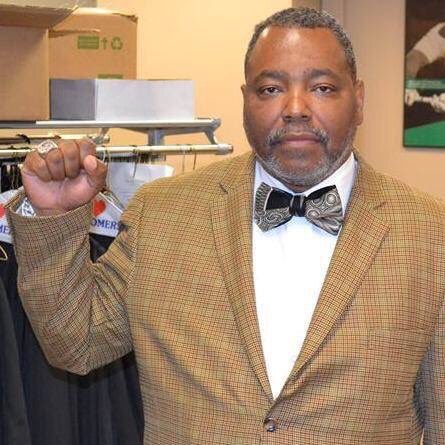 I would like to take the time out and pause for a moment to pay respects to an powerful man who is well-known within the city of Chicago and definitely in Chicago State University history Mr. Ronald “Baba Kwesi” Harris, who pass away after having to battle with cancer. Mr. Harris served as the Director of the African Male Resource Center at Chicago State University.

I did not know Mr. Baba Kwesi personally, did not receive a chance to run into him during his lifetime and meet him. But while working with HBCU Campaign Fund’s (HCF) social media, we became a part of supporting Chicago State University as a Predominately Black institution as well as an Thurgood Marshall Fund member-school and Mr. Baba Kwesi became an warm supporter of HCF. We loved his energetic and strong activism while connecting with him and other departments of Chicago State University through social media.

Mr. Baba Kwesi played a strong and tremendous Blackactivist role in the fight to Take and Save CSU after the Illinois State Officials would NOT approve on a state budget to sustain Illinois Public Institutions with funds to continue to operate.

Mr. Baba Kwesi leaves behind his outpouring legacy that will always be part of the Chicago State University history and will forever live on the cougars campus on 95th S. King Drive.

On the behalf of HCF’s Board of Directors, staff and committee members, we extend our deepest condolences and prayers to his family, Chicago State University family and friends during this difficult time.

With much love, sadness and support;