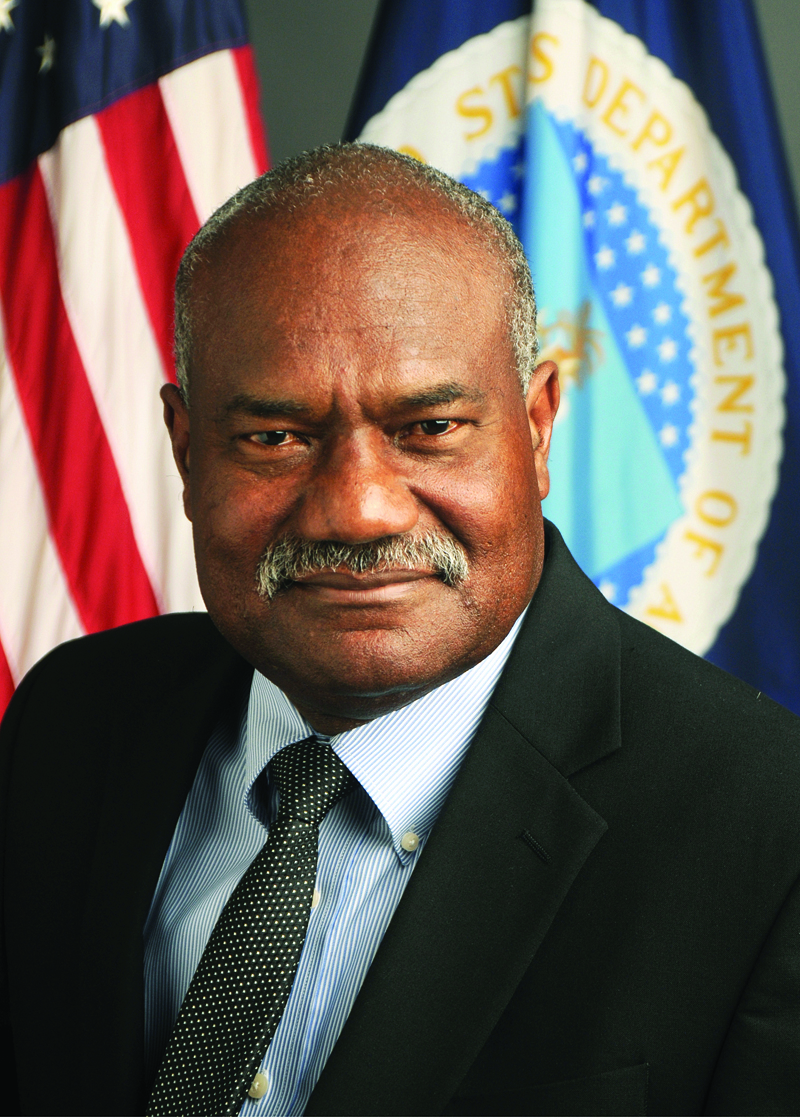 We are saddened in learning about the passing of University of Arkansas at Pine Bluff (UAPB) alumnus Pearlie S. Reed, who died on Friday, April 8, 2016. He was 67.

A native of Heth, Arkansas, Reed graduated from UAPB in 1970. He earned a master’s degree in  public administration in finance from American University in Washington, D.C. and completed special studies at several other institutions including the USDA Graduate School and the John Hopkins University Center for Alternative Disputes and Resolutions.

Reed was nominated by President Barack Obama and confirmed by the U.S. Senate in 2009 for the position of Assistant Secretary of Agriculture for the U.S. Department of Agriculture (USDA) in Washington, D.C., where he served until 2012.

There, Reed was responsible for all management functions of the USDA, including budget, financial management, human resources, contracting, procurement, information technology, security and strategic planning. In his role, he coordinated with members of Congress, the White House, the Office of Management and Budget, land-grants and other universities, and other federal, state and local organization, as well as the public.

Reed began his career at USDA as a student trainee with the Soil Conservation Service in Walnut Ridge, Ark. in 1968.

He worked in four states and headquarters during his career with the Natural Resources Conservation Service (NRCS). Having served as state conservationist for Maryland and California, he was responsible for leading comprehensive soil, water and resource conservation and development programs in those states.

After working as associate chief of the NRCS for several years, Reed was appointed chief in 1998 and served in that position until 2002.

A leader on civil rights issues, Reed was appointed head of the USDA Civil Rights Action Team by former USDA secretary Dan Glickman. The team issued a report that made recommendations on improving civil rights both inside and outside of USDA. President Bill Clinton issued an order that all 92 recommendations of the team be implemented.

Over the course of his career, Reed received numerous awards and honors including the Distinguished Presidential Rank Award for demonstrating strength, integrity, industry and a relentless commitment to excellence in public service. He also received the George Washington Carver Public Service Hall of Fame Award and the USDA Silver Plow Award.

According to the Pine Bluff Commercial, Reed had began a new post as an agricultural advisor with UAPB in the School of Agriculture, Fisheries and Human Sciences.